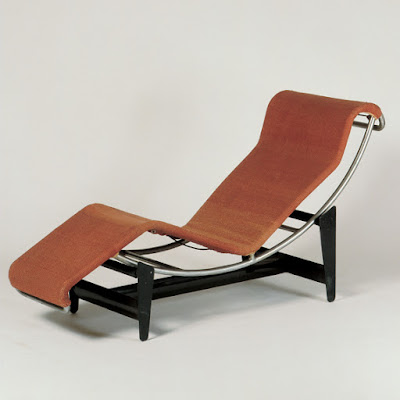 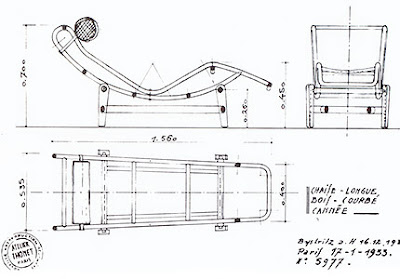 "Le Corbusier, Jeanneret, and Perriand designed a multifunctional structure which made the reclining surface, fixed on a pair of bows, independent of the base. Since this section rests loosely on the H-shaped supports of the base, its inclination can be adjusted continuously. The rubber sleeves around the crossbeam of the support prevent slipping when someone uses the chaise longue. When the reclining surface is lifted off the base, the bows serve as runners for a rocking recliner. The three created different pieces of furniture such as a swivel stool, tables, armchairs, and a chaise longue. Included among these designs, which are all highly regarded today, is this chaise longue which is undoubtedly one of the most famous items of twentiethcentury furniture." 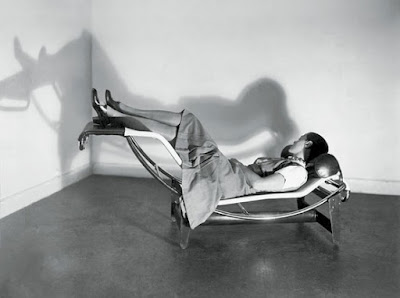 In this photo is one of the 3 designers, Charlotte Perriand on the B306 Chaise Lounge. An interesting fact about Charlotte Perriand: "When the 24 year old Charlotte Perriand strode into Le Corbusier’s studio at 35 rue de Sèvres, Paris in 1927, and asked him to hire her as a furniture designer, his response was terse. “We don’t embroider cushions here, he replied and showed her the door. A few months later Le Corbusier apologized. After being taken by his cousin Pierre Jeanneret to see the glacial Bar sous le Toît, or rooftop bar that Perriand had created in glass, steel and aluminium, for the Salon D’Automne exhibition in Paris, Le Corbusier invited her to join his studio." 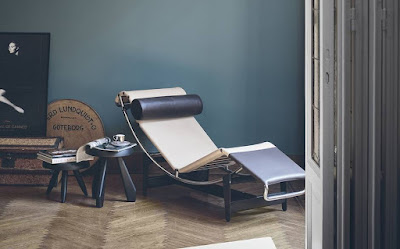 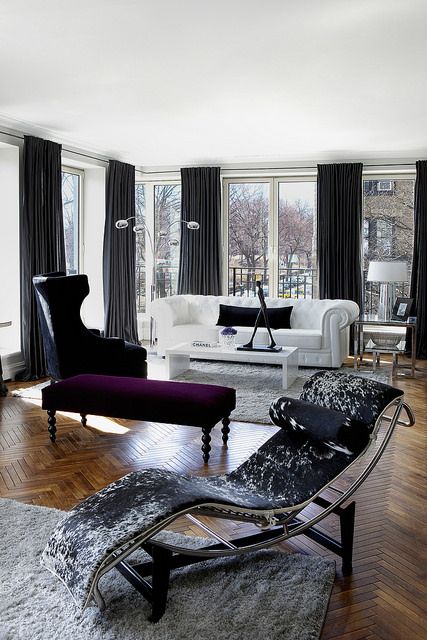 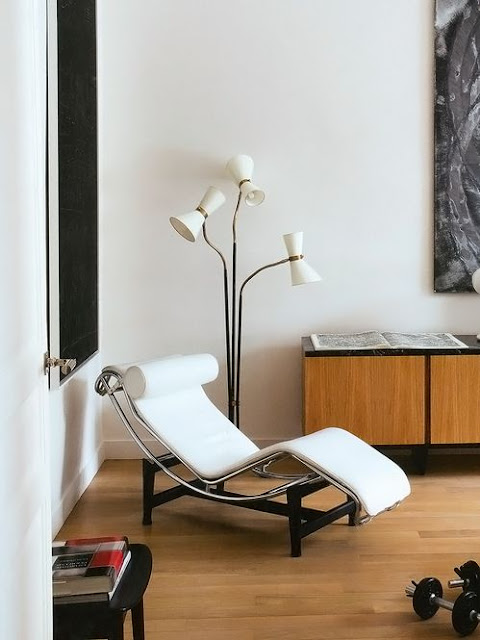 Posted by Logan Wheeler Ramirez at 6:38 AM